Why Do Physical Therapists Hate CrossFit?

Okay, let me begin by stating that all PTs do NOT hate CrossFit! In fact, there are many physical therapists who participate in and praise the workout. While CrossFit has been around for awhile, founded in 2000, it’s become increasingly popular in the last few years; there are televised CrossFit Games, uber-popular social media accounts for CrossFit Athletes/overnight celebrities, and—at the heart of it all—the local boxes popping up on every corner, delivering daily workouts that tend to be as addictive as they are intense.

My first experience with CrossFit was as an observer while I was still living back on the East Coast. I was invited by one of my patients, a CrossFit coach, whom I was also treating for a shoulder injury.  A coworker and I woke up way earlier than normal one morning to check out this phenomenon first hand. Walking into the box that morning, I was greeted with blaring music, a vast open space with very minimal equipment, and a bunch of pumped-up people who were clearly more awake at 6 a.m. than me.

Why CrossFit Athletes are Getting Injured 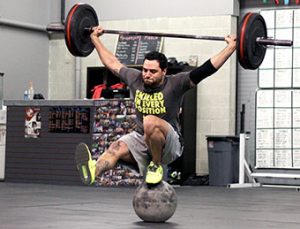 As a Doctor of Physical Therapy, I cringed every time I saw someone performing an improper squat, and grimaced as I quickly assessed the amount of weight being lifted with those poor mechanics. My immediate thought? “I’m going to see a lot of these folks in my practice sooner rather than later!” However, during the workout, I was also surprised to see components of stretching and cardio interspersed between the heavy lifting, and slowly I began to see how people could become so addicted to CrossFit.

Nevertheless, I was still concerned about the lack of form and focus on mechanics that I’d seen in some of the participants. So, in the following days I did more research; I quickly realized that CrossFit actually goes deeper than the stereotypical  “bros who lift” or “those who drink the CrossFit Kool-Aid.”

I learned that while each CrossFit box (what most of us refer to as gym) is a privately owned-and-operated entity, each being connected through a uniform Workout of the Day (WOD.) Coaches and trainers are there to direct, motivate and push members through each WOD, offering guidance to maintain form and offer ways to scale or modify certain lifts. I was also pleasantly surprised to discover that CrossFit offers a multitude of training and certification programs, which address movement patterns, lifting techniques, defense training, methodology, etc.

So with all of these proper form-and-function bases seemingly covered, and with so much emphasis on the overall health of the athletes themselves, why are we seeing increased injuries in CrossFit enthusiasts? 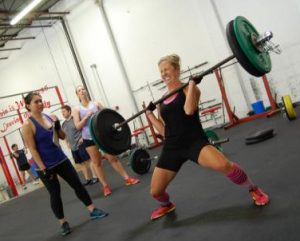 My theory? Since each CrossFit box is its own franchise, I think it’s safe to say that not all CrossFit boxes are created equal. Like any gym, the experience and safety within a session is only as good as the coaches or trainers who are leading the workouts. So while I think the CrossFit model itself is exceptional, I fear that not all leaders are following the guidelines, and this is why we are seeing a majority of CrossFitters making their way into PT offices.

The CrossFit Workout Itself

The nature of CrossFit—repeated lifting with increased weight, intensity-based within a short time frame—lends itself to a plethora of injuries.

When it comes to Olympic-style lifting, maintaining form through each movement is crucial, as is having proper mobility and movement patterns established prior to adding the speed factor. In CrossFit, people fatigue during timed workouts, which inevitably causes a break in form and puts them at risk for injury.

Overuse injuries are another concern with CrossFit. Overuse of the body in one plane can lead to an increase in soft-tissue injuries, such as tendonitis and muscle tears. To combat this issue, try adding other HIIT/circuit programs that have an emphasis on rotational planes, lateral planes, and muscle confusion to your weekly workout routine; they’re not only kick-ass workouts, but they’ll also help you avoid overstress in one muscle group. This is similar to the theory of why three-season athletes see fewer injuries than those who specialize in one sport year round. 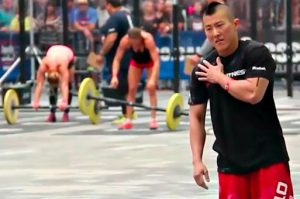 As a physical therapist with quite a few CrossFit patients, I’d say that 25% of the injuries I see are knee, hip or back-related, while the rest are shoulder injuries (which makes total sense considering CrossFit requires a lot of upper-extremity movement.)  Most lower extremity injuries come from improper hip hinge, decreased ankle mobility, poor gluteal firing, and poor lower extremity mechanics. For my shoulder patients, I find a majority of them are hurt because they don’t have full range of motion in their shoulder or sufficient thoracic spine mobility, which can cause serious compensations and, inevitably, injuries.

A good friend of mine and fellow physical therapist C. Shante Cofield, PT, DPT, OCS, CSCS has broken into the CrossFit field, offering amazing tips on her Instagram page, breaking down the movement patterns most CrossFitters struggle with and teaching them how to correct to avoid injuries. Shante and I often chat to geek out about movement patterns, so I asked for her thoughts on the relationship between the shoulders and hips when performing Olympic-style lifts:

Shoulder injuries are often a result of doing too much too soon, as well as poor stabilization. CrossFit incorporates Olympic lifts and certain gymnastics movements, both of which utilize the hips for momentum and force production. Since the hips are much bigger than the shoulders, it’s imperative that you train your shoulder to be strong enough to accept that force. Additionally, traditional CrossFit-training tends to focus on strengthening the larger, prime movers of the shoulder, which ultimately overpower the (less-often trained*) stabilizing muscles. All of this leads to injury.]

* Your PT can help you to understand these “less-trained” muscle groups, and avoid future injuries. 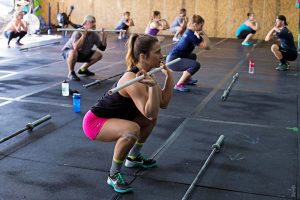 Again, all physical therapists do NOT hate CrossFit; most of us just want to make sure that there’s a greater emphasis on form and movement, instead of reaching a PR or adding weight before you’re ready.

Seeing a physical therapist is not only a great way to assess form and function weaknesses once you’re injured, it’s also a good way to spot poor mechanics before starting a program with such high physical demands, such as CrossFit. So whether you’re a seasoned pro or you’re thinking about stepping into the box for the first time, do your research, take the time to learn the proper fundamentals, and go see a licensed physical therapist; I guarantee you’ll see better workouts, better results, and fewer injuries. 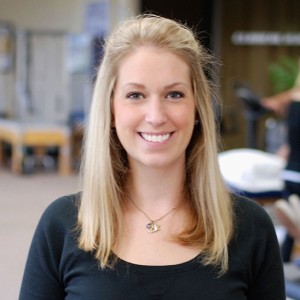 Lyndsay DeFilippo PT, DPT, CKTP received her Doctorate of Physical Therapy from New York University in 2010. She’s a Graston Practitioner and a Certified Kinesiotaping Practitioner. Lyndsay looks at each injury as a constantly changing puzzle, which is only solved when her patient returns to what s/he loves doing. She enjoys helping with the full recovery process, which includes providing the education, tools and fundamentals to prevent re-injury and the potential for new injuries.

Click to learn more about Lyndsay and our other physical therapists »