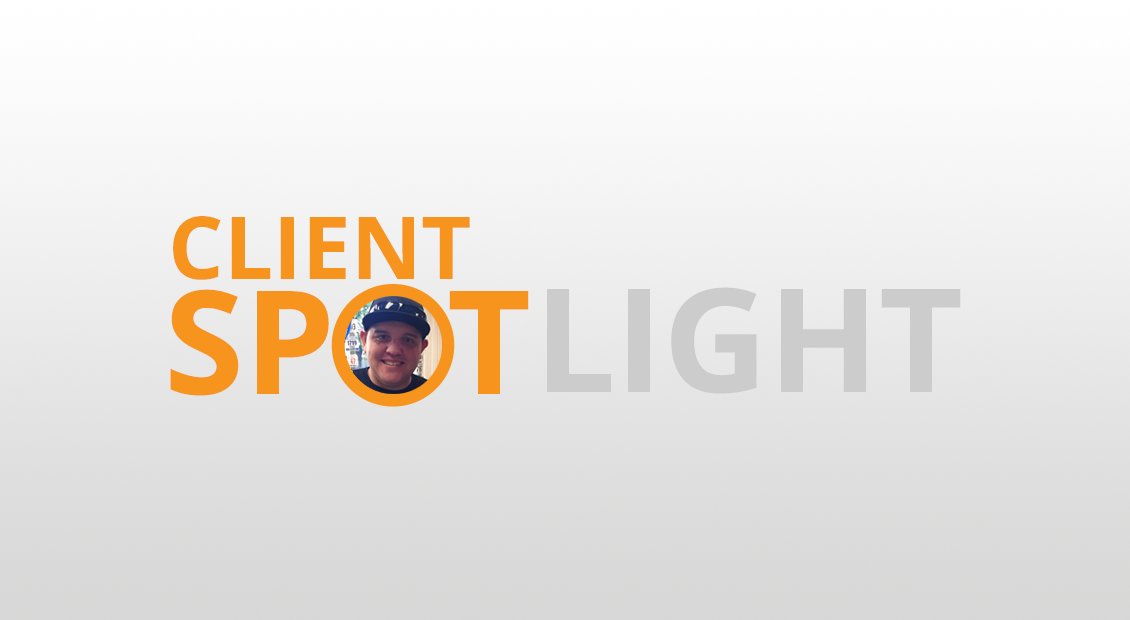 Physical therapy doesn’t work unless you do, a notion Robert Plumb fully embraces. Read how hard work and dedication has helped Robert stay on the path to health and wellness, despite every reason to stop. 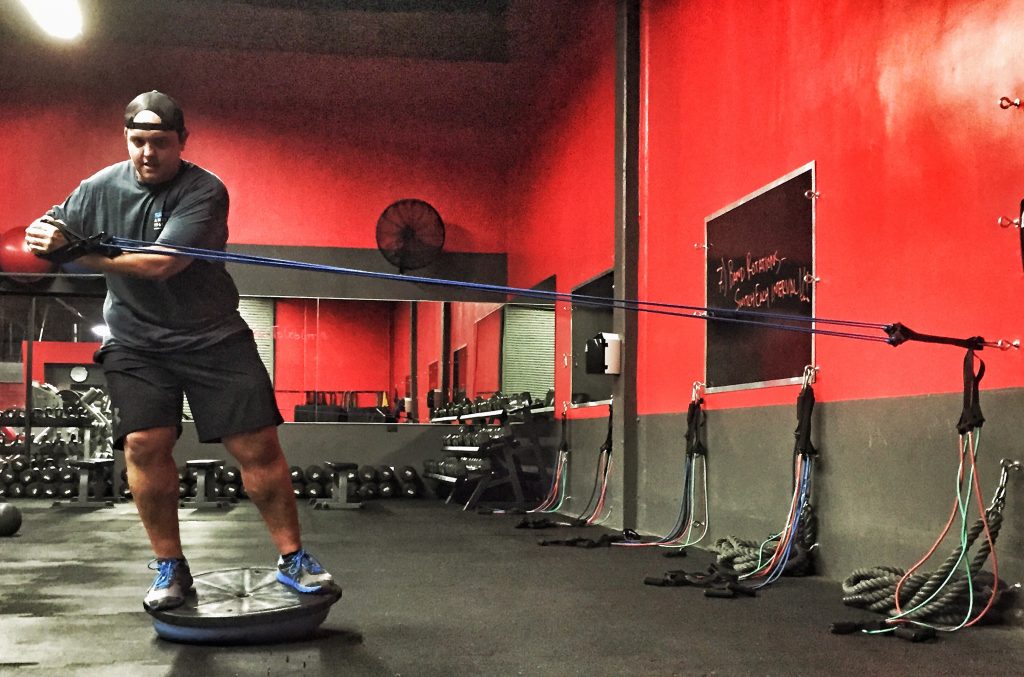 Hard work and dedication has helped Robert lose more than 100 lbs. in a year and a half, despite suffering a slew of serious injuries and illness.

Robert Plumb might just be one of the most active people we’ve treated here at Rausch Physical Therapy (and that’s definitely saying something.) From skiing to ice hockey to his life’s passion—cycling—Robert does it all. He takes spin class, hits the gym for high-intensity workouts, and prefers a bike over a car. To say Robert is a self-motivator is an understatement.

“I can’t just sit at home and watch TV,” Robert said. “I just like being out and active and pushing it.”

Staying so active is what helped Robert lose an astounding 120 lbs. in a year and a half; it’s also what caused Robert a broken collar bone, torn calf, two bouts of bronchitis and—most recently—a Grade 3 hamstring tear.

“[Being injured] tests you mentally and physically. I’ve been on a really solid health plan, and I just wanted to keep the ball rolling down that path.” 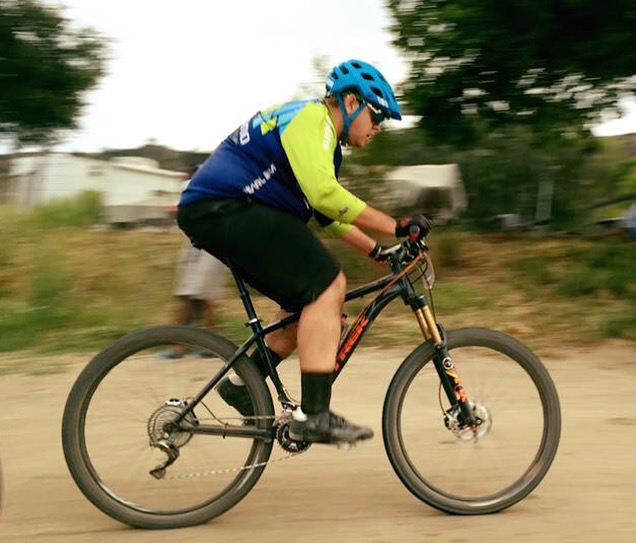 As his greatest passion, getting back on the bike as soon as possible was Robert’s number one priority after injuring his hamstring.

After his collar bone surgery, Robert had a negative experience with physical therapy from which his injury never healed properly. So months later when he tore his hamstring in December, Robert decided to drop his HMO plan and switch to a PPO so he could come to Rausch PT.

Robert was teamed up with mountain bike-PT Sean Swopes, and in true Robert-fashion, the two hit the ground sprinting. With an extremely high re-injury rate, their goal was to not just heal the hamstring tear, but also to strengthen and increase mobility (and Robert’s confidence) so as to prevent any future hamstring injuries.

“It was important to me to get back on the bike/in the gym because that’s what keeps me sane and happy. So, I worked my butt off. I got to all my PT appointments, I did all my exercises to the letter, twice or three times a day depending on my workload.”

Once again, all Robert’s hard work paid off. After three weeks, Robert and Sean hit the trails together for one final test. Robert says Sean wanted to see him in his true element, on the mountain bike, to ensure he was ready to be cleared. 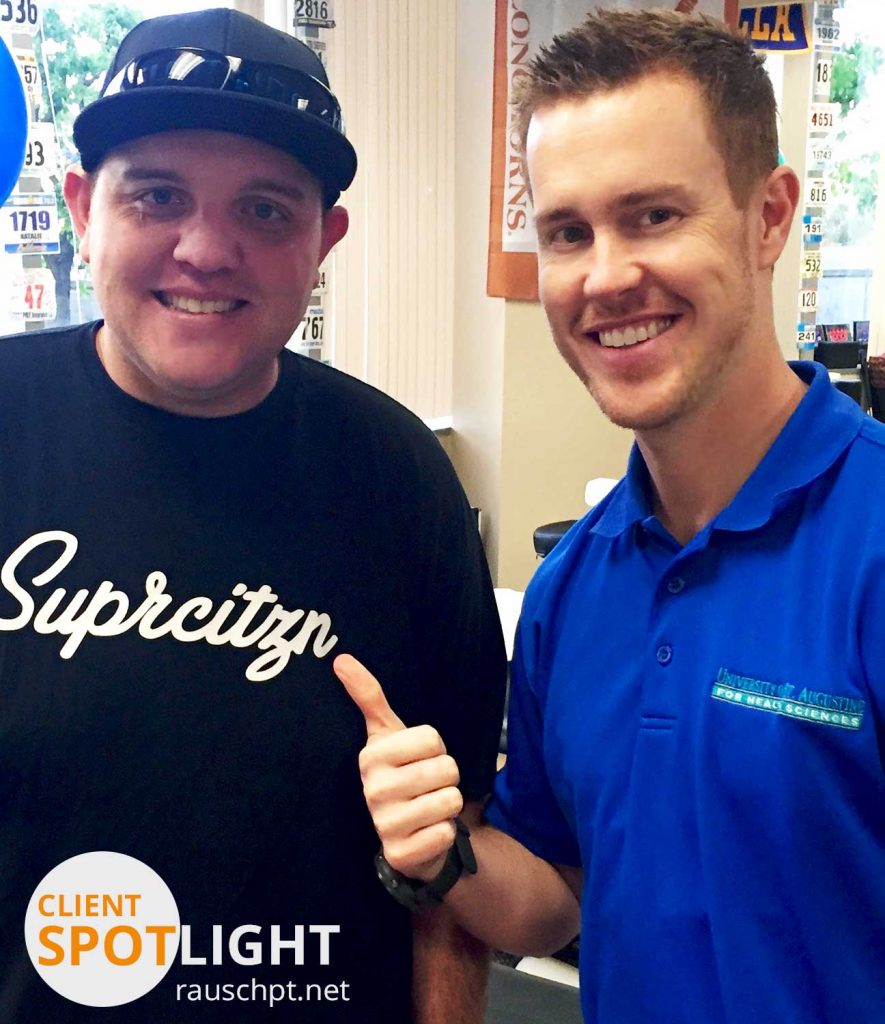 Robert and his Rausch PT physical therapist, Sean Swopes, DPT. Robert and Sean finished their treatment plan with a mountain bike ride together.

“It was good to have him there, just in case. He could see how [my hamstring] reacted to standing, pedaling, going up hills… but it didn’t bug me at all. We did my stretches after our ride, and I was cleared.”

Robert says he’s thrilled how quickly this injury healed. He’s back on the bike, and says he’s looking forward to hopefully getting in a few ski sessions in before the season is over. While he says he’s playing with the idea of racing the 2017 Trans-Cascadia backcountry mountain bike race in Oregon, Robert says he knows to properly train for it he’ll have to stay healthy for the next two years (a tall order for Robert Plumb.) For now, Robert’s just glad he’s back on track to continue his path to wellness.