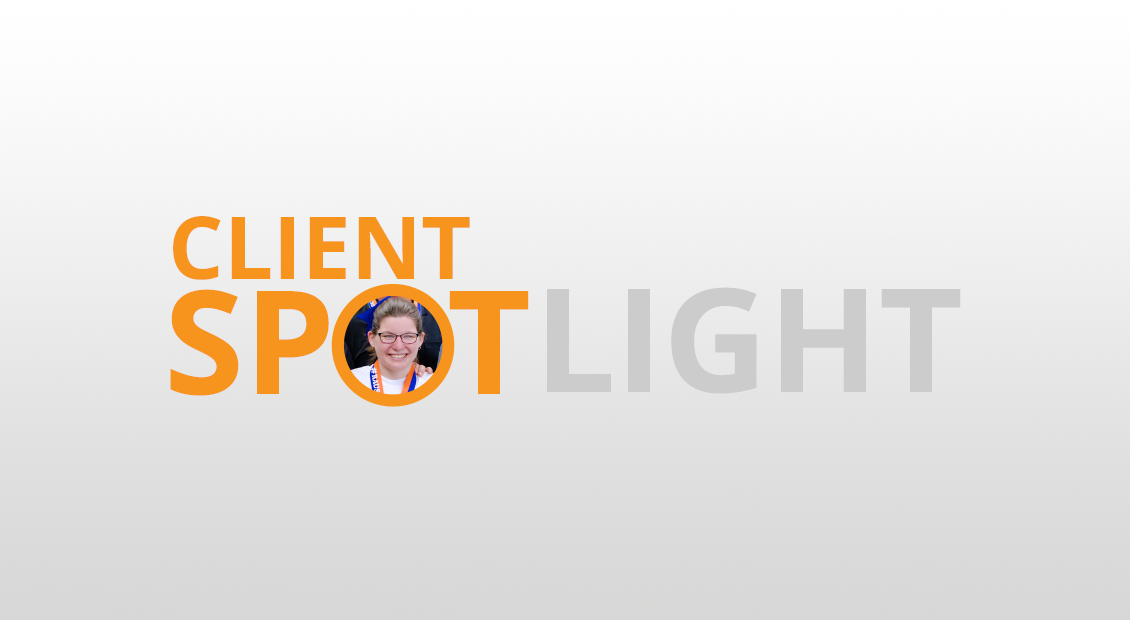 Amy Hansen initially came to Rausch Physical Therapy & Sports Performance so she could start hiking. The journey she took instead is more incredible than any of us could have predicted. 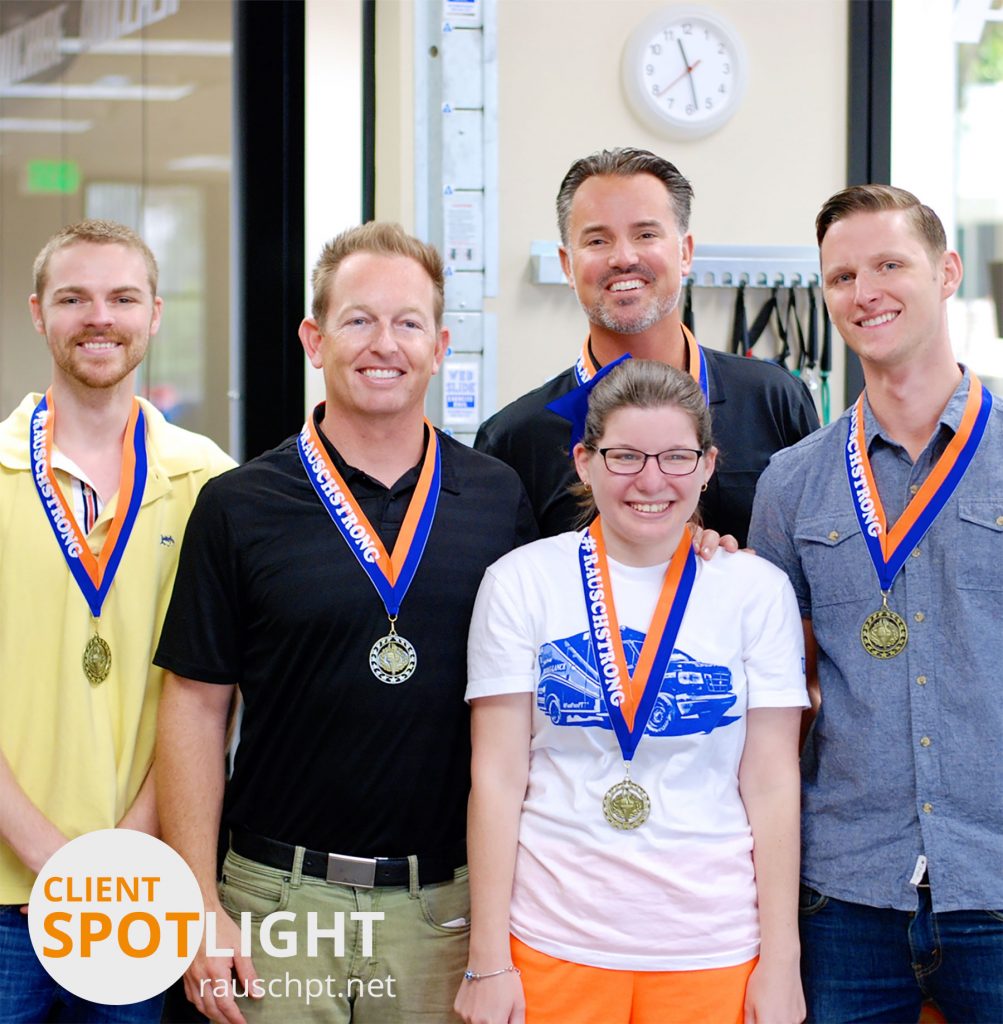 “It feels like I can do anything.” – Amy Hansen

July 27, 2015 was a big day for Amy Hansen. Walking in to the clinic, decked in Rausch orange and blue from the bow in her hair to the socks on her feet, you could tell she was celebrating something. With her trademark mischievous smile, Amy rushed to hand out her #RauschStrong #TeamTitaniumAmy medals to her physical therapists and aides. After getting settled in, she steadily walked over to the Performance Lab, zipped in to the Alter-G® Anti-Gravity Treadmill®, and ran for the first time in a year.

It was a stark contrast from July 27, 2014—the day Amy was carried out of the clinic on a stretcher, flanked by emergency personnel, after snapping her femur during an appointment.

Amy has been fighting the odds since she was born. She has a rare bone disease that only five people have ever had, and she’s the only person in the whole world who’s ever had this disease as well as a neurological condition. Originally, Amy came to Rausch Physical Therapy to work with Dustin Hancock, DPT, who specializes in patients with neurological issues. Amy says her goal was to be able to go hiking, so they began working on getting stronger and building muscle. Amy’s mother Janice says she got so much more out of coming here.

“I expected her to gain more flexibility and balance, to be able to walk better, but what she got out of it was more of an essence of herself as a healthy person. It’s challenged our whole family to do more physical things.”

In addition to the physical changes that were taking place, Janice began noticing that Amy’s personality really began to come out—something that rarely happened in medical settings. She talked freely with her aides Chris and Brent, playfully joked around with Dustin, and became increasingly more independent.

“Imagine being told you were unhealthy your whole life, and then people here [at Rausch PT] tell you that you ARE healthy and you CAN do things. Dustin and everyone at Rausch constantly encourage her to do her best.” 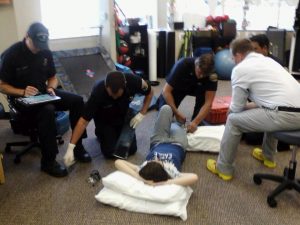 After breaking her leg, Amy stayed very calm as the EMTs worked on her with Dustin by her side the entire time.

A few days before Amy broke her leg, she had told her mom that she was experiencing some pain in her leg. This was not uncommon for Amy, so Janice took note and then went about their normal life. A few hours before her leg broke, Amy and Janice were walking around the mall; Amy still complaining about the dull pain. The moment she broke her leg, Amy was walking from one exercise to the next when her leg finally gave out. It could have happened anywhere at anytime, but Janice says she’s forever grateful that it happened at Rausch PT.

“It was completely unexpected,” Janice said. “Sometimes there’s pain, but nobody [with this disease] has had a bone break. We’re just lucky that it happened here with people who know what to do. You think of it as a traumatic experience, but it wasn’t. Everyone was so calm.”

After she was released from the hospital, Amy was eager to get back to her favorite place, Rausch PT, to be with her friends and start working to get better. She was in for a difficult recovery, longer than most because of her bone disease. Despite the titanium rod placed in her leg, her injury refused to heal. However, Janice says the most difficult part was overcoming her fear. 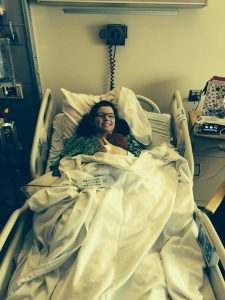 Amy in her usual high spirits recovering in the hospital after breaking her leg.

“A year ago it was a lot more about fear, ‘What I can’t do,’ and not trusting her body,” Janice said. “A year later, she’s much more conscious of what she can do and what she’s looking forward to doing next.

After running on the Alter-G, Amy said she felt less stressed; she thought it was going to be harder, but it was fun to get back to running.

“It feels exciting [to run again,]” she said. “It feels like I can do anything.”

So, what’s next for Amy? She says she wants to run a Disneyland 5k Marathon next year and go paddle boarding with her friend Dustin (Although, she says she’s still not sure about the sharks.) One thing is for sure, Amy has become part of the Rausch PT Family.

“They were there for me when I broke my leg, and they continue to be there for me,” Amy says. “We’re all a good team.”