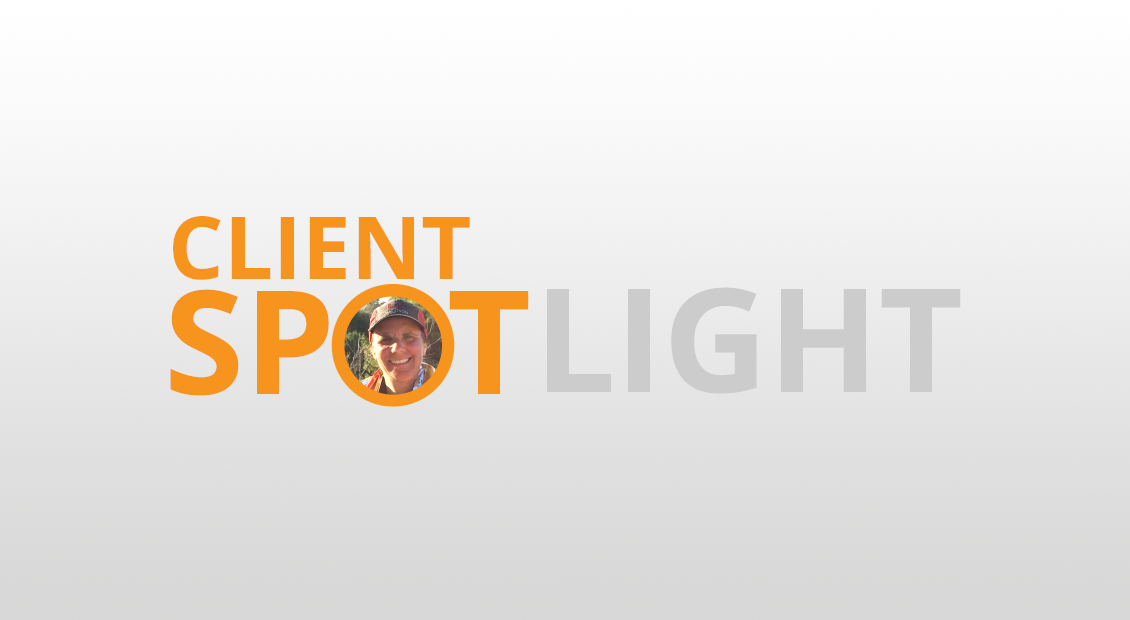 On your first visit to Rausch Physical Therapy & Sports Performance, your PT will ask you what your goals are so s/he can develop a plan to help get you there. For Julie Grables, “there” was Athens, Greece. 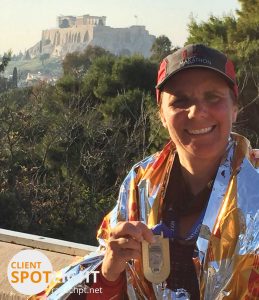 Julie was all smiles after finishing her 10th full marathon, but her road to Athens gold wasn’t easy.

Julie Grable is no stranger to accomplishing spectacular goals in style. Last year she completed her 50th half marathon on her 50th birthday, so this year Julie knew she wanted to do something special to celebrate her 10th full marathon. With the New York, Chicago, Washington D.C. Marine Corps., and (3x) Los Angeles Marathons already under her bib, Julie’s husband suggested they go somewhere “exotic” for her 10th full marathon.

The Athens Classic Marathon follows the route of the very first “marathon,” ran in 490 B.C. by Pheidippides, a Greek messenger. He ran from the battlefield in Marathon to Athens to announce that the Persians had been defeated in the Battle of Marathon. After running the distance and announcing victory to the government, legend has it he collapsed and died.

“A story that the Greek like to share with you—especially the collapsing and dying part—whenever you mention you’re in town for the Marathon!” Julie said.

Since she’d never ran an international race before, Julie quickly booked her spot for the ancient race in November and began training. 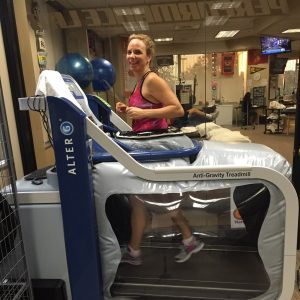 Julie was able to use the AlterG to keep training for the Athens Marathon while injured.

However, after several months of painful running, Julie knew she had a problem. With four months left before the big day, she came into Rausch PT hoping to get back on track. Physical therapist Ashley Heller suggested Julie had a high hamstring strain. Two months after that, Julie went to get a MRI and was diagnosed with a high-grade tear.

“I had one other running-related injury years ago, and the suggestion from the physical therapist I saw then was, ‘Don’t run.’   Not an option!” she said.  “I love that Rausch [physical therapists] understand their clients’ goals and support them.”

Initially, Julie’s hope was to be back to pain-free running for the Athens Marathon; it quickly became clear that her sole goal was to manage the injury and get through training without making it worse.

“Without PT, the AlterG (Can you say love/hate relationship?) and the Rausch Team, I don’t think I would have even made it to the starting line,” she said. “In addition to the PT, Ashley helped me work on my running form and gave me lots of good tips to help with training and the race itself.”

During her final appointment before the big race, Ashley taped up Julie’s hamstring for the 15-hour flight to Greece and sent her on her way. Since she had to significantly alter her training program to ensure she wouldn’t aggravate the injury, Julie says she felt very unprepared and undertrained on race day.

“I was even more nervous for this marathon than I was for my first one, probably because I know how far 26 miles is to run!”

Here’s what Julie had to say about race day: 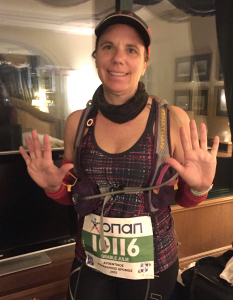 I was SO nervous, but once I got to the starting line and saw all the festivities and started talking to other runners, my nerves calmed a bit. I knew I had eight hours to finish and my plan was, worse case, to walk the race.

When the race started, I immediately knew it was not going to be as bad as I thought. I listened carefully to Ashley’s voice  in my head telling me, “Slow down, take small prancing strides, walk when needed and you can do it.” I was shocked that I did not feel my hamstring until 11.73 miles (Yes, I know exactly when I felt the first twinge.) […]

It was amazing to run along thousands of runners from all over the world and to be cheered on by the locals yelling, “Bravo! Bravo!” Once I go into the City of Athens (around mile 23) I knew I was going to finish the race with plenty of time to spare. At that point my brain took over and I just dug in for the last three miles. The race finishes in the Panathenaic Stadium, which was host to the ancient Olympic games. There were crowds of people in the stands cheering, and I was scanning for my husband when all of the sudden I heard, “Jules! Jules!” and saw him waving and taking photos. I always cry when I finish my marathons, and this was no exception.

According to Julie, this experience was her most unique training season and race. While she finished 1:40 minutes longer than any of her previous marathons, Julie says she finished faster than she thought she would and “simply did not care.”

“I am thankful for the support of everyone at Rausch PT and know they will get me healthy for my next race. I have not ruled out the Vancouver Marathon in May 2016…”