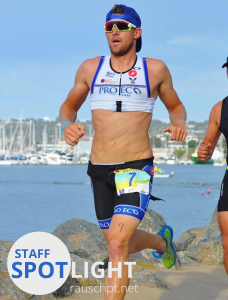 As “The Endurance PT” at Rausch Physical Therapy & Sports Performance, it makes sense that Max Biessmann’s favorite saying is, “Always remember to enjoy the journey, the destination will take care of itself.”

Max has been on some pretty epic journeys in his own life so far. From a summer spent in Germany as a college intern in a virus/stem cell laboratory (when he also competed in his first IRONMAN in Frankfurt) to now nine IRONMANs later and a doctor of physical therapy degree to boot, Max is proof that you’ll always wind up where you belong—if you can keep your head in the game.

Max’s first taste for physical therapy came while rehabbing a calf injury that was threatening to stop him from running the Frankfurt IRONMAN. The experience made Max the Microbiology Student more interested in human movement and sports performance, compelling him to take sports physiology and kinesiology courses. While unfortunately it was too late to switch his focus, Max never gave up on his dream to combine his love of science with sports. After graduating with a degree in microbiology, Max found success as a swim coach and worked part-time in a local bicycle/triathlon shop, all while taking classes in anatomy and physiology, until finally deciding that physical therapy school would be his ticket to the rewarding career he always dreamed of. 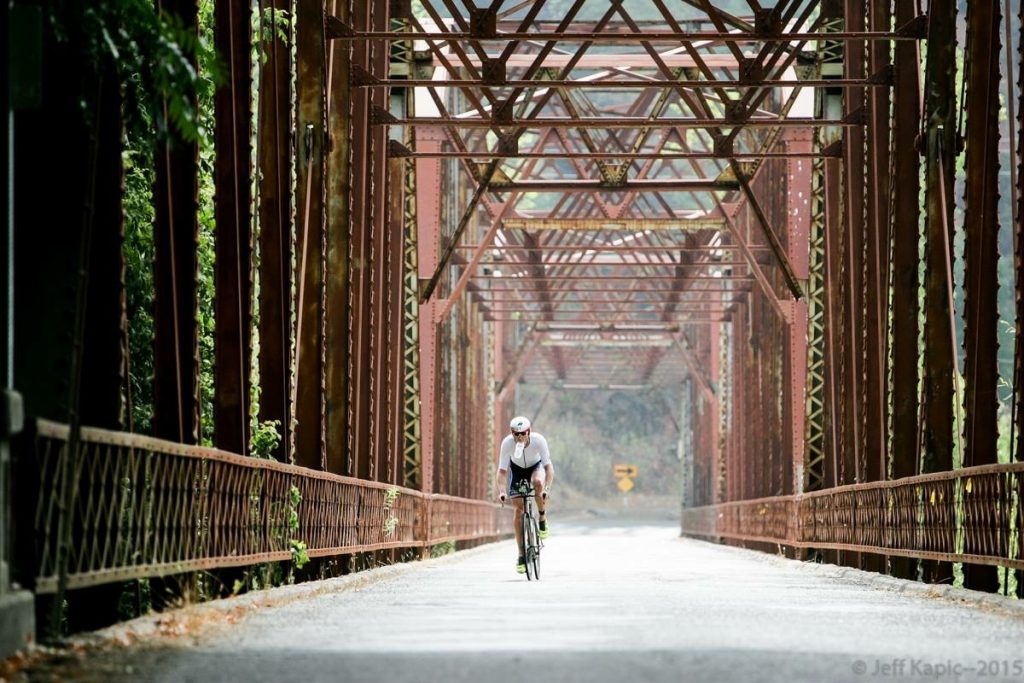 Max racing at Vineman 2015, where he placed second. “I really enjoy the challenge of competing against yourself, and the mental challenge of endurance racing,” Max said.

While he may have taken a winding course to get to his final destination here at Rausch PT, Max says every part of his journey has only helped to build his expertise. For instance, as a coach Max can see movement dysfunctions and correct them with cues, and as a physical therapist he has the skills to manually affect the tissues to improve and reduce the limitation causing the dysfunction. As a triathlete, Max has an appreciation of the highly repetitive nature of endurance sports and understands the mental struggle at the core of all these types of events; mix it all up, and you have a recipe for the perfect Endurance PT.

In fact, Max’s love for endurance sports started when he was very young. Max started swimming competitively at the age of five, and says he was immediately drawn toward the longer freestyle events. In high school he chose cross country over track, and in college he left the UC Davis swim team to pursue triathlon.

With ten IRONMAN competitions and plenty of trail, road, and open swim races under his speedo, Max has definitely experienced his fair share of internal struggle. Like in 2009, at the Arizona IRONMAN, when Max was desperate to qualify for Kona, but mentally broke down in the run and gave up on a race he says still haunts him; or take his best, “guttiest” race, the 2014 Vineman, when Max landed in the med tent (after winning the race) 15 lbs. lighter and severely dehydrated in need of two liters of fluid. 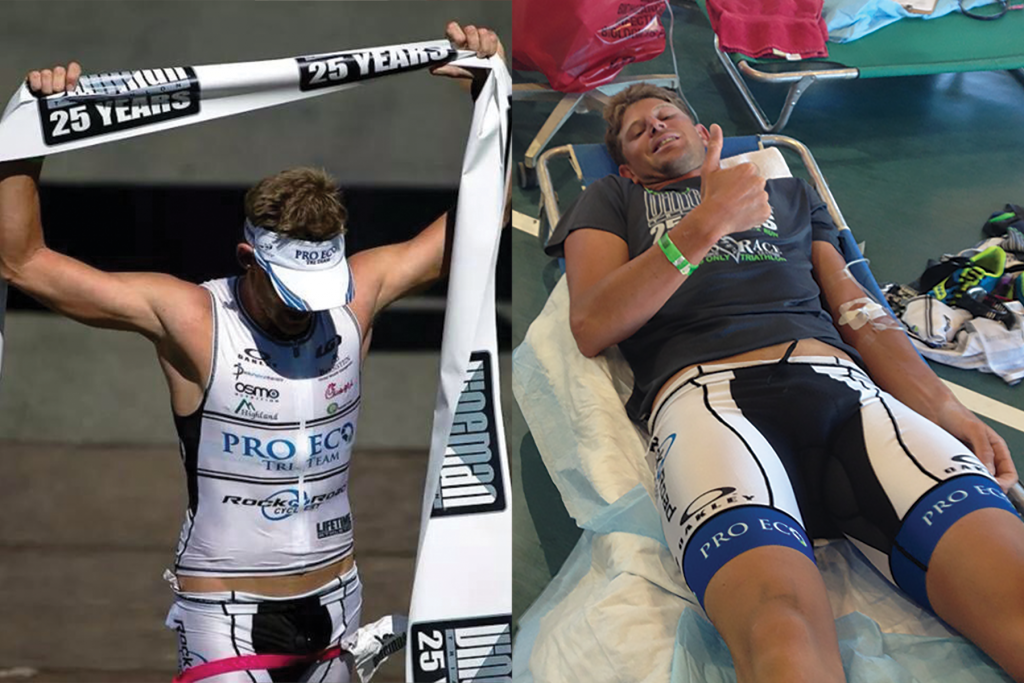 Max after his win at Vineman 2014, severely dehydrated and 15 lbs. lighter, giving the thumbs up for pushing your limits!

“As hard of a lesson as [Arizona] was, it’s had the most impact on my mental and tactical approach to racing and coaching,” Max said. “At 2014 Vineman, I proved to myself that I can power through anything.”

Currently, Max is gearing up to start his second season as a professional triathlete, however he says he’s even more excited to continue “coaching” his patients at Rausch PT.

“I’m excited to keep learning about the human body every day,” Max said. “I love combining the lessons I continue to learn from triathlon with my PT work—so I can become a better athlete, coach, and physical therapist. You have to always remember to enjoy the journey, the destination will take care of itself.”